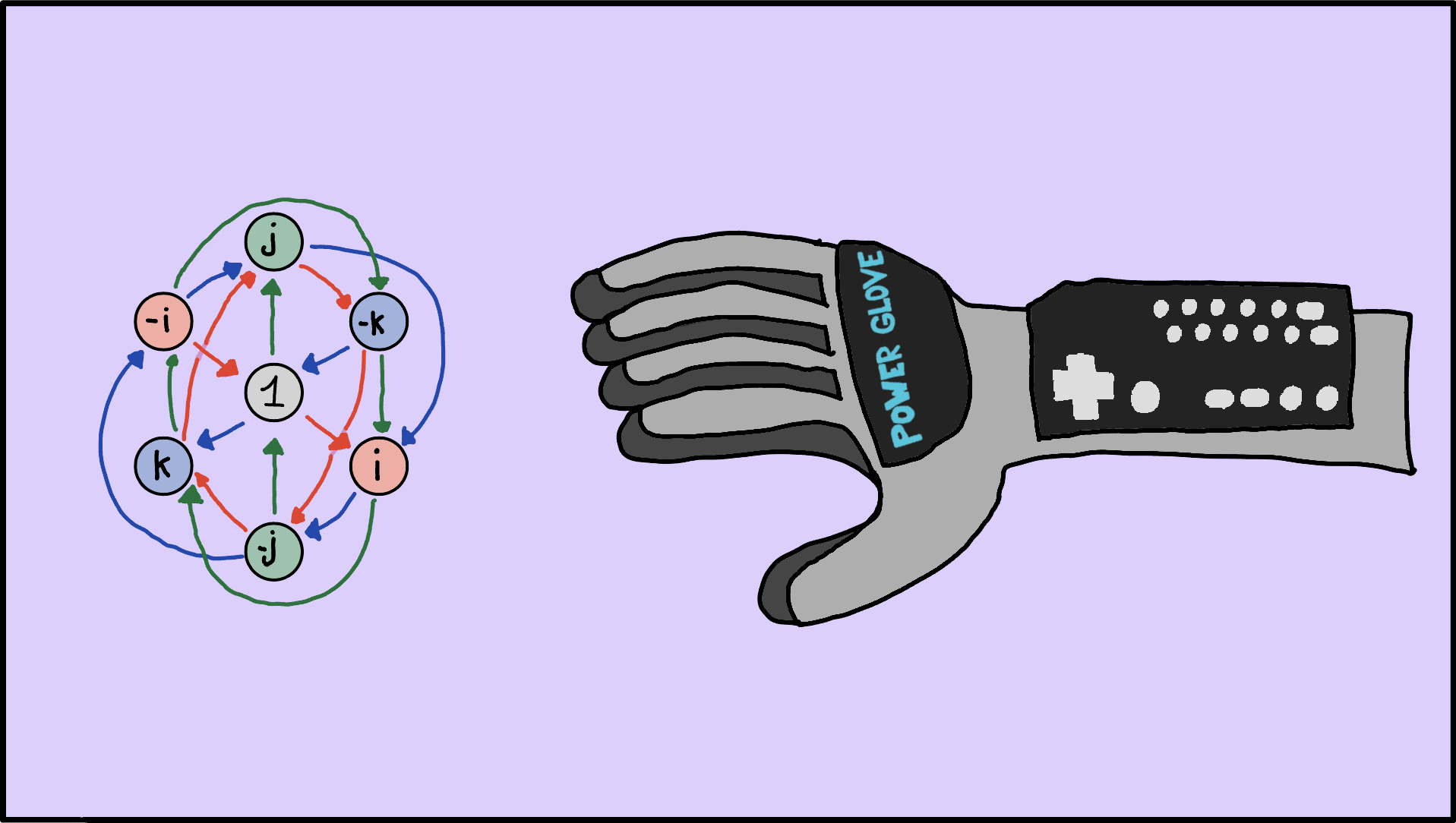 It’s been a while since I’ve posted an update on my Power Glove Adventure. I didn’t touch it for a while because I kept struggling with getting the keypad to work. It felt like a simple thing, but it kept glitching and I got frustrated. So I decided to tackle another part of the project!

The original Power Glove used a TV mount with microphones and had small speakers mounted on the top of the hand. This way the Power Glove could use echolocation to find its position with respect to the television. The idea sounds great but in practice, it wasn’t very accurate.

I want to replace this system with a simple IMU chip in my build. But “simple” might not be the best word to describe the chip. An IMU or Inertial Measurement Unit is a chip that has a few onboard sensors like an accelerometer and gyroscope to track its position in space. Why wasn’t the IMU used in the original design? It simply didn’t exist in 1989, and if I did, I’m sure the US military would have killed for it. These days you can pick one up for 30 euros at your local electronics store. I picked up an Adafruit BNO055 and got cracking.

In the end, I haven’t found a fix yet. But I’m getting closer. And learned something new along the way. Although my brain still hurts from all the math.